Why young queer women artists are passing for straight

This weeks’ Xtra west did an excellent cover story about queer women in music, and why so many of them aren’t publicly self identifying as queer or lesbian or putting queer/lesbian content in their music. 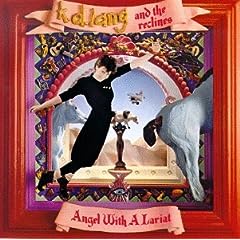 Young lesbian and queer women artists are quoted as saying they don’t want to be ‘pidgeonholed’ as queer by representing themselves in the media as lesbian or writing about lesbian experience. While not exactly closeted, if the majority of their fans have no reason to know they’re not straight, they will be assumed to be straight.

Musicians and other public figures passing for straight is nothing new. Queer artists like KD Lang, the Nylons, George Michaels and Elton John also passed for straight in their early careers.  While not needing the deep closet of gay actor Rock Hudson or US Congresswomen Barbara Jordan, who were outed only after their deaths, many young lesbian and queer artists are choosing to represent themselves as straight by not declaring otherwise. Would kd or the Nylons have been as successful as they have been if they had come out early in their careers? We’ll know that gay and lesbian people have reached full equality when creating art about our own experiences no longer reduces our career success.

But why are musicians looking for less mainstream audiences not out and proud? Lesbian musical matriarch Cris Williamson is quoted as saying that it’s all just a part of an artistic pendulum, and that much younger women, currently 12 or 13 have swung back towards being more political, and that gives her hope.  I think she’s got a point here. Cris’ words put me in mind of an 80’s TV show starring Michael J Fox as the Republican teenage son of progressive activist parents. His parents were so political, there was no way to differentiate himself from them without embracing the conservative values they’d fought. Perhaps the current generation of lesbian and queer women artists are reacting to their musical foremothers in a similar way, choosing to be apolitical or pass for straight in order to be nothing like the lesbian musicians who preceeded them. One can only hope that their musical daughters will feel an equal need to do something different.

Author: Sophia Kelly
Filed Under: Lesbian Quarterly, LQ Print Version Archives
Tags: homophobia, lesbian visibility, music
Earth Hour – for lesbians (and others) who love the planet
Xtra West Stories with the word ‘lesbian’, ‘woman’ or ‘dyke’ in them this week.