Excerpted from above site:

HOLLY NEAR & Emma’s Revolution:
“Over 35 Years of Social Change Music” 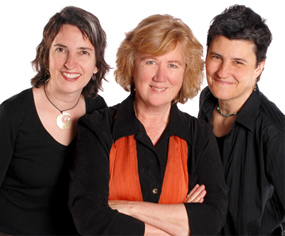 Print your own souvenier copy of the concert poster.

Nominated for the Nobel Peace prize, Holly Near is known throughout the world as an ambassador for peace, a musician and a global justice activist.

Near’s career as a singer has been profoundly defined by an unwillingness to separate her passion for music from her passion for human dignity. Her voice soars as she sings about that which she knows & has experienced. You can feel and see the passion, the knowing in her voice and in her body.

Holly was one of the first woman artists to start an independent record company when she founded Redwood Records in 1972 which became a major force in alternative music for nearly 20 years. Near’s vision for Redwood was to promote and produce music by politically conscious artists from around the world, a mission fulfilled for almost two decades.

Near worked for world peace and multi-cultural consciousness. The world was her university and social change movements informed her songs. Near helped support the work of artists from Nicaragua, Chile, Australia, Canada, England, Argentina, Cuba, Uruguay, Vietnam, El Salvador, Mexico, and the United States. She was outspoken on such issues as gay and lesbian rights, a woman’s right to choose, stopping domestic violence, and opposing nuclear war.

A peace activist and advocate for human and civil rights, Holly has linked the multitude of issues that are our lives, refusing the idea of separate “causes.” When asked how she keeps her energy for this work, she smiles: “I am selfish. I reach for the world I want to live in. And I believe in leaving our best efforts as a gift to our children.”

For more information on this amazing woman, visit her web site www.hollynear.com.

Dancing on the edge of folk and pop there’s a revolution: Emma’s revolution. The sound of passion in “deftly-turned phrases,” songs imbued with hope, warmth and the “power and drive” to turn tears into laughter, cynicism into action.

EMMA’S REVOLUTION is the duo of award-winning, activist musicians, Pat Humphries & Sandy O, who write songs that become traditions. Their song,“If I Give Your Name” won Grand Prize in the John Lennon Songwriting Contest and their music has been featured on NPR’s “All Things Considered” and Pacifica’s “Democracy Now!”. “Peace, Salaam, Shalom” is sung around the world and has been called the “anthem of the anti-war movement.” “Keep On Moving Forward” opened the NGO Forum at the UN Fourth World Conference on Women in Bejiing, becoming the unofficial theme of the Conference.

“The powers that be can control the media but it’s hard to stop a good song… Pat’s songs will be sung well into the 22nd century.”

WE CAME TO SING! is Holly Near & Emma’s Revolution new CD. Get a copy on October 30th!!

Holly and emma’s revolution put their unique vocal stamp on songs from Holly’s repertoire. Eleven tracks include old favorites such as Listen to the Voices, Sky Dances, and Fired Up along with new arrangements of Study War No More and Sail Away Lady, Pat Humphries’ Swimming to the Other Side, and Rick Burkhardt’s (The Prince Myshkins) Ministry. 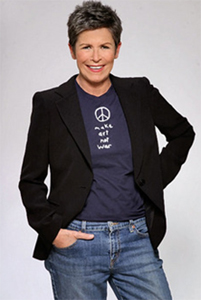 Check back soon for more details. We`ll post them as soon as we have them.