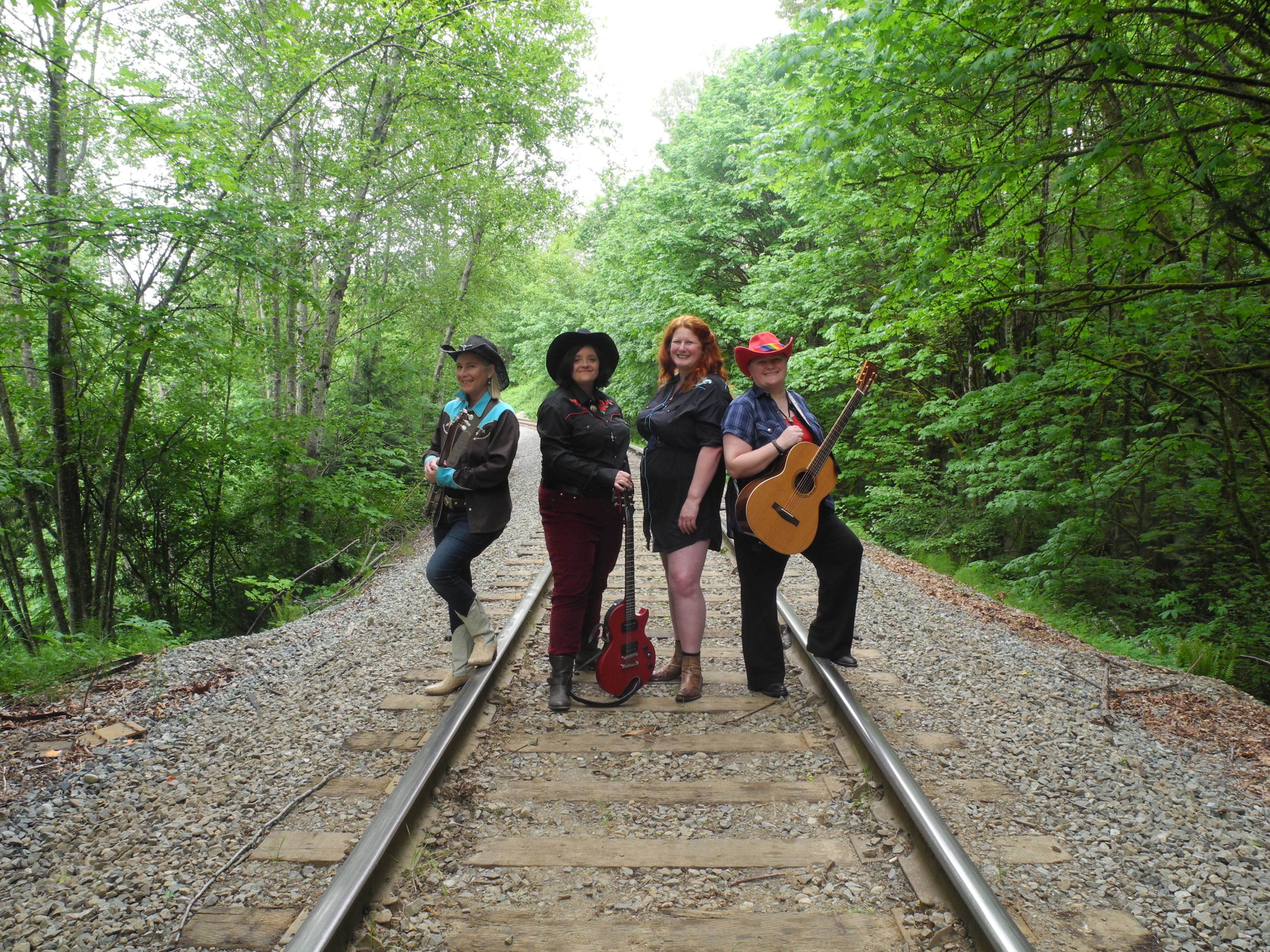 Country music is a style of music based on stories about regular people’s lives. Lesbians are regular people, but there are very few country songs about us.  The women of Bushy Park take country songs old and new and do gender flips and word changes on them where needed to make them about us.

The band is the brainchild of lead vocalist Sophia Kelly. A long time fan of country music, she wanted to tell stories through music that unify, and that apply to the women of her community. “I wanted to sing feel-good country songs that are about us.” she says, “and I’m so grateful to have such a great group of women to perform with”.

The group is known for it’s cheeky covers of traditional country songs and an original that is hard to translate. “We have one song, Lady Jane, which has a long improvised sequence in it containing several fake orgasms. The sign language interpreter at one of our gigs had a hard time translating, as the words aren’t explicit but the sound effects are quite clear…” says Kelly.

Bushy Park has several Pride Gigs in Vancouver this Pride season, and one mainstream  straight gig in Princeton. “We may pass on the orgasms for that one.”

For more information on this band, check out their website at https://bushyparkmusic.com .

Author: Sophia Kelly
Filed Under: Lesbian Quarterly
5 tips for finding your perfect lesbian partner
New to strap on sex? Here’s what you need to know.